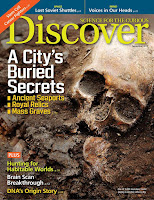 Ufuk Kocabaş spent his summers swimming, snorkeling and eventually diving around nearby Marmara Island, where his grandfather and other forebears plied the sea as sailors. At age 14, he stumbled upon his first shipwreck, littered with pieces of amphora — an ancient type of storage and transport container — and got an early lesson in proper archaeological practice.

“I took some amphora fragments [from the ship] to my sister who was studying at university,” recalls Kocabaş, now head of the Istanbul University Conservation Department. “She told me I shouldn’t have taken them from the site, that I should have left them where they were. At the time, I thought this was stupid. It’s my amphora!”

After chiding him, Kocabaş’s sister helped him identify the type of amphora he found. It dated to the seventh century, and they passed the information they’d ascertained about the shipwreck to a museum. “It was an amazing experience,” Kocabaş says. “I started to read about shipwrecks then, and haven’t stopped since.” ...

Last summer, I had the privilege to peek into Istanbul's far-distant past with Kocabaş, who helped lead the archaeological excavation that uncovered perhaps the world’s largest collection of Byzantine shipwrecks, and evidence that the city's history dates back nearly 6,000 years farther than previously believed.

My story about the work of Kocabaş' Yenikapı Shipwrecks Project, and other fascinating urban archaeological digs from Rio to Rome, was published as the September 2015 cover story of Discover, my first piece for the renowned science magazine.