Rethinking (and reviving) the Mediterranean diet

- February 03, 2015
It’s not what most people think of when they envision the famously light, healthy “Mediterranean diet.” But hearty dishes like smoked game meats; the mélange of cabbage, fish, eggs, cheese, olive oil, pepper, garlic and sweet wine dubbed monokythron (literally, “one-pot”); and the fermented fish sauce garum were once common fare in the region whose traditional dietary patterns are now seen by many as a global model for better eating. 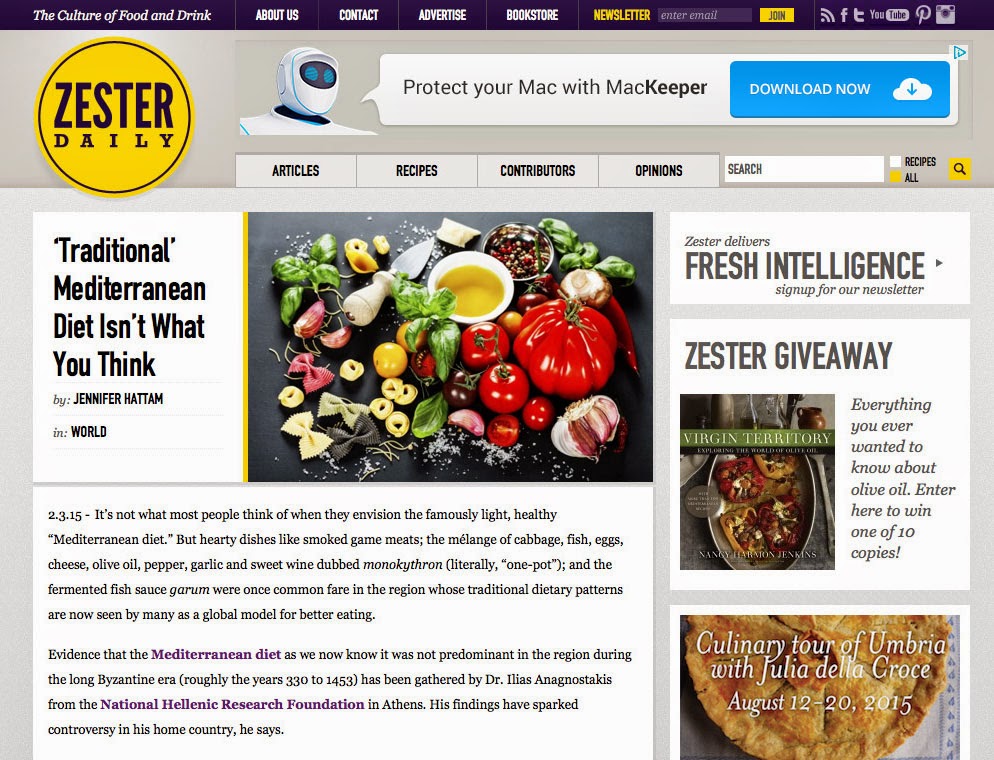 Evidence that the Mediterranean diet as we now know it was not predominant in the region during the long Byzantine era (roughly the years 330 to 1453) has been gathered by Dr. Ilias Anagnostakis from the National Hellenic Research Foundation in Athens. His findings have sparked controversy in his home country, he says...

Read the rest of my article, “‘Traditional’” Mediterranean Diet Isn’t What You Think,” on Zester Daily.

Find out more about the Consulate General of Greece in Istanbul's ongoing lecture series “Food, Spirits and Gastronomic Traditions in the Eastern Mediterranean” (scroll down for English).