Bringing the art world to Istanbul

Eighty modern and contemporary art galleries hailing from Helsinki to Hong Kong are set to join ArtInternational for its return to the banks of Istanbul’s Golden Horn in the fall. This year, the fair will bring with it a fresh focus on collecting practices and on experimental film and video art.

“It’s a truly international art fair with high-quality works, coherence and a good ratio between Turkish and international galleries. That differentiates it from other fairs in Turkey and the region,” says Istanbul collector Tansa Ekşioğlu... 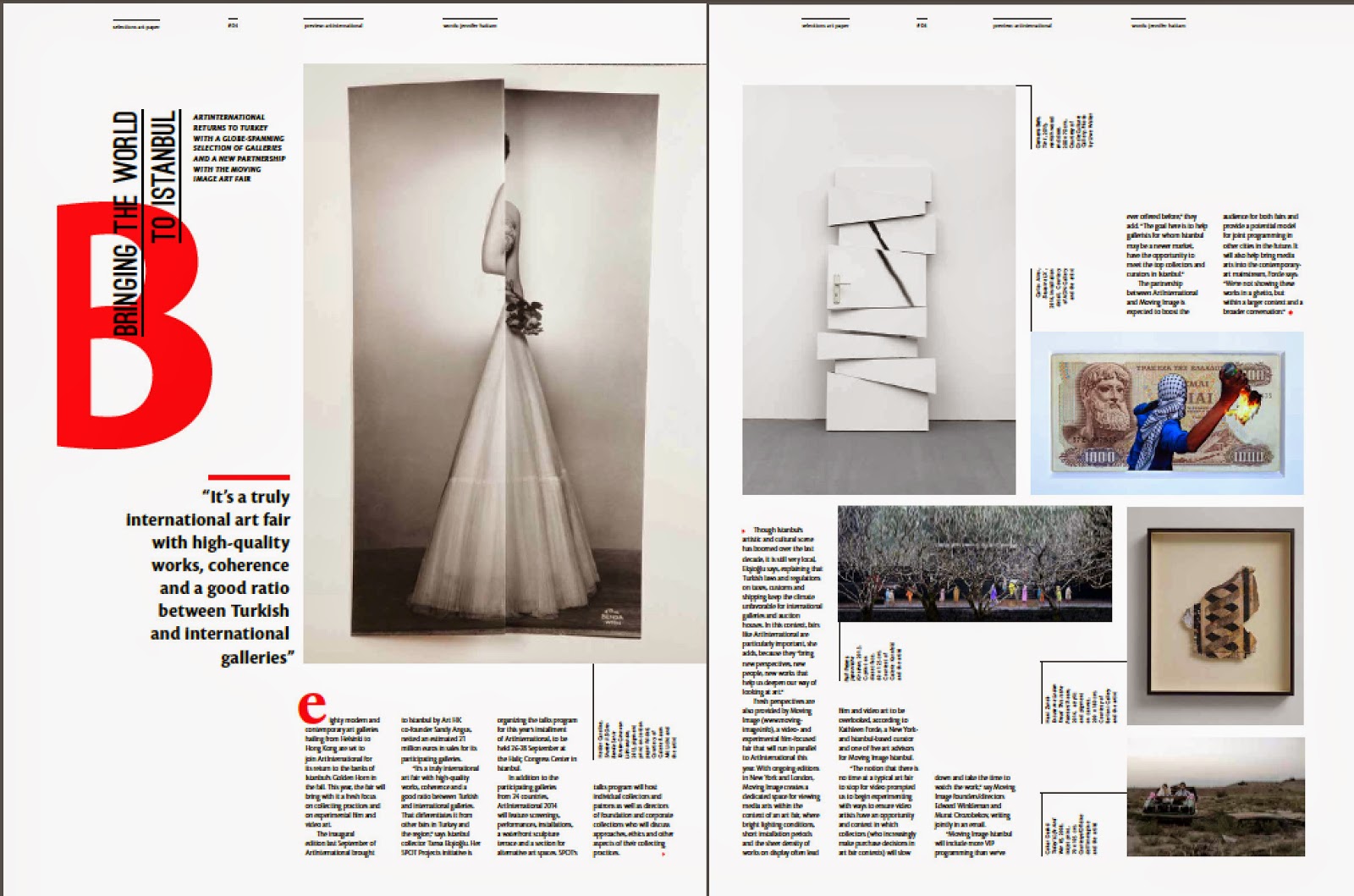 Read the rest of my preview of ArtInternational, which will be held held 26-28 September at Istanbul's Haliç Congress Center, in the Fall 2014 issue of Selections magazine's Art Paper supplement: "Bringing the World to Istanbul" (pdf)
arts and culture selections